Generation Jobless – Why are so many young people jobless?

There’s no one reason for the high number of unemployed young people in North America today. Certainly the global economic downturn has had a lot to do with the lack of jobs for everyone, not only young people. The implications of the current Labour Market are both broad and long ranging. With fewer jobs available at any given time, it falls to the job seeker to go to unprecedented lengths to land a job.

One reason for the lack of jobs in young people is their passive approach to job search. I often see ads on Kijiji posted by young people looking for work. These postings are usually unfocused, poorly written and somewhat desperate. Many don’t write in full sentences and/or have a multitude of short forms or spelling mistakes. I often wonder how many of those young people who post “job wanted” listings on Kijiji actually get jobs as a result of their posting. I can hardly imagine an employer sitting down at their computer to look through the long list of half-hearted pleas by young people offering their services, to find a star job candidate. NO! The onus is on the job seeker to respond to the needs of the employer, not the other way around.

So, one reason for the lack of jobs for young people is that they have not bothered to address the needs of employers by creating a resume and cover letter that clearly demonstrates how they can contribute to the success of the business or to the organization.

Another reason that young people miss out on opportunities in the job market is the reputation established by many young people who have been successful in obtaining a job. Many business owners, managers and supervisors have reported a serious lack of work ethic amongst younger workers. They seem to want the job, but they don’t want it enough to show up for work on time or all of the time. Or they take days off for personal reasons at a rate much higher than the rest of the population. They don’t seem to understand that the duties that they are required to do on the job are crucial to the success of the business. In other words, they don’t take work very seriously. Many employers would rather hire an older person for a job because generally speaking older people make more reliable employees and they take their responsibilities more seriously. This leads me to another reason for the lack of jobs for young people.

In many cases young people lose out on jobs to older people, some of whom are forced to take jobs traditionally held by younger people, due to a shortage of jobs in their field and a serious need to pay bills and keep a roof over their head. People who are forced into this position usually take landing a job very seriously and will go to any length to keep their lives together. This serious approach is not usually held by younger people, who typically don’t have the same level of responsibility. Ironically, it’s often the parent taking on the entry-level job to help support their young adults who stay at home because they are unable to land a job.

So, although there is a lack of jobs in the current labour market, there are some jobs that are open to young people. If they want these jobs they need to not only do a spectacular presentation in the form of an excellent resume and cover letter, but they must overcome the common perception that they will be unreliable.

The best way to do that is to establish a good track record in all areas of their life. Even if they take on grass cutting jobs or babysitting jobs, they need to prove that they are reliable and conscientious. They can also do volunteer work to establish a track record and a positive work history. A successful track record at school can also be seen as an indicator of dedication and hard work.

In short, young people need to start preparing themselves for the job market well in advance of looking for work. And when the time comes to apply for a job they need to take the application process seriously and make sure that their resume and cover letter address the needs of the employer and spell out what good employees they will be. Then they need to follow through with an outstanding performance on the job so that they can work towards the next job. 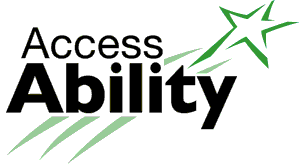